Counselling is like trying to photograph a gecko skeleton

I wasn't sure what to expect when I became a counselling client. Here is how it worked out for me.

Regrouping after realising something was wrong

Living in the tropics we have geckos flitting all over our house. My son was fascinated when he discovered a gecko skeleton on the floor and asked for my phone to take a photo. At first he was frustrated. He couldn’t see anything on the phone screen.  Taking a photo up close with auto focus was harder than he thought. After some playing around he found the gecko on the screen and eventually we got it clear enough to take a photo.

It reminded me of how a year and a half ago I came to realise that annoying blur on the edge of my life was actually something. I wasn’t just going to get over the weird feeling I had when I thought about the start of my husband’s chronic illness.  Even though it had been more than 5 years it was still an issue. I felt like I had been defeated by my emotions and needed to regroup although I didn't even know what the blur was.

The word prompts for A Chronic Voice blog link for this month help describe the last 18 months.

Read on to find out more and visit over here to see what other chronic illness bloggers up to in May. 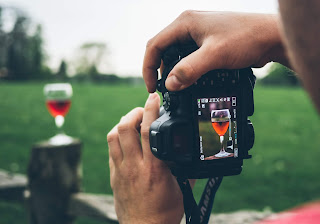 Counselling sessions gave me a chance to say what I was actually feeling, not what I thought I should be feeling. All those years ago when my husband was debilitated by dizziness, it didn’t seem like the problem was that big. People who I asked for help told me I would probably be fine soon.

But early 2018 I realised what happened in 2011-12 was still impacting me. I spend two years feeling like my husband was dying or dead. I only came to realise was a big deal after having to articulate the emotions I had during those years. The first counsellor (TFC) called this unresolved grief.

To help process this grief TFC suggested journaling. In theory it sounded good but I didn’t really feel like I had anything to write about. Even though I journal and blog I came up blank at that suggestion. Where would I start?

At last the blur had a name, it became a shape, something I could talk about.

After the second counsellor (TSC) heard my frustrations of not being able to get over it she said it had probably changed my brain. TSC called it “big T trauma”.

Despite planning a “fail proof” trip back to the place where it happened (Australia) I still had that weird horrible feeling. I had been calling it anxiety.  I thought I was scared of something that might happen in the future. But that weird feeling I had when I was forced to think about the events was not anxiety about the future.

I was actually re-living a feeling I had had in the past! My brain was tricking me.
This clarity relieved a lot of frustration.
The blur that became a shape now had a more defined outline.


Setting out to learn more

So there I was realising finally that I had suffered grief and trauma back when my husband was first sick then I read about a type of traumatic unresolved grief.

I was excited to find a more specific way to describe it: Ambiguous loss.

This concept popped up on my screen thanks to Marilyn Gardner (the third counsellor?).

From The Frozen Sadness of Ambiguous Loss

“  "I move on and find out there are two types of ambiguous loss: One is that the person/place/family is physically absent, but psychologically present, in that they may reappear. This can be loss from divorce, moving, boarding school, migration. The other is that the person is physically present, but the core of who they are is absent. Examples of this are people with dementia or alzheimers."

It had  felt like my husband was absent but he was actually physically present so it didn’t look like a loss. Reading more from Pauline Boss, who coined the term, things makes a lot of sense. It explains why the magnitude of my loss wasn’t acknowledged. The loss was unclear.

I feel like I could write much more about this but for now I’ll just say it is such a relief to have someone else explain what happened and why it is so painful after not being able to explain it for so long.

I wrote about this feeling of clarity the week I first came across it. You can read it here: Frozen Sadness.  Interestingly at the time I did note here that he felt more present when he was away in Cambodia while I was still back in Australia.

The shape on the screen had even more than a clear outline now, I could see some details. 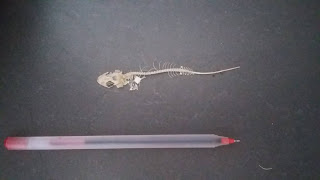 I’ve found some clues to help me go forward. Looking at my timeline of post trauma events I can see what helps and what doesn't.

Where I felt forced to be in certain situations it just made me feel worse. “Rip the Bandaid off” was my method at one point when I thought it was something I would just have to get over; but so far that seems ineffective. Ignoring it for years also didn’t help.

Writing about it is one thing that helps. I think I’m going to call my blog the fourth counsellor. Perhaps it’s because I’m recalling the memories myself without the presence of the weird feeling.  I think TSC mentioned this would help separate the memory from the stress hormone reaction. And TFC also mentioned writing. An example 5 ways living with an undiagnosed illness in the family is stressful. Also this has more about writing.

The blur, became a shape, with an outline, then a few details and now with writing feel clearly defined.

So there you have it. Its only the tip of the iceberg but hopefully this gave you an idea of how counselling for me has been like focusing in on what it is going on and finally seeing the details.


Photo by Jamie Street on Unsplash
Posted by Katherine at 11:15 am

Thanks for joining us again this month, Katherine! Grief and loss are such nuanced and complex emotions. I am glad you are working with a counsellor; my psychologist played a big role in some of my own healing as well. Happy to hear how writing helps work things out in your mind, too!

Thanks Sheryl, your blog link ups have been a great "fourth counsellor" for me.

Katherine
My childhood church in Australia launched me on a trajectory to Asia. After what turned out to be a decade of preparation I landed in Southeast Asia married to a Cambodian Bible teacher. I write mostly about cross cultural family life, chronic illness related issues as well as chronicling our life in "time capsule" posts.