Mostly wedding meals aren’t that social, at least in my experience. The music is loud. You sit at a table with the nearest ten people who you may or may not know. Recently there was a wedding held on campus that was relaxed and fun. It was nice that it was so close; not having to travel was a plus. And I spent most of the day with people that I did know, students who live on campus with us.

The Cambodian pastor from Australia who did our wedding came to do this one too, and stayed the night at our place.

We also recently went to a wedding of a couple who had been engaged for four years. They got engaged before we did!
Posted by Katherine at 10:24 am No comments: 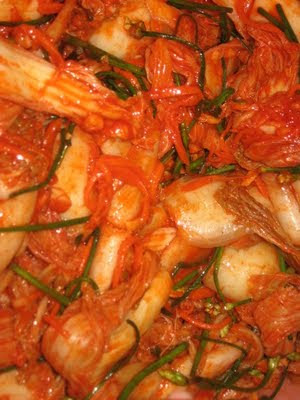 Our house stinks! Soeun has been making kimchi again as you can see from the photos. He takes a bit to share each time he eats with the students. Its Korean but it seems to be very popular with Khmer too! 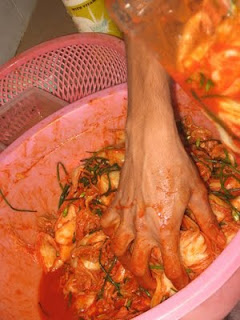 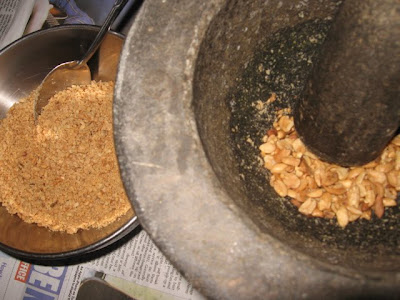 I'm making a peanut sauce for lunch tomorrow, we are having people over. Its made with stuff from the market, all khmer ingredients, but its not khmer food. We'll find out if they like it tomorrow. I'm also going to make sushi rolls. 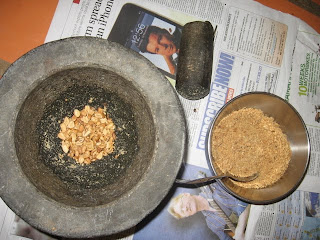 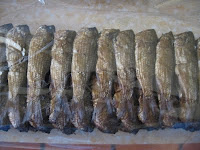 And this is some very non foreign food- smoked fish.
Posted by Katherine at 2:27 pm 1 comment:

Email ThisBlogThis!Share to TwitterShare to FacebookShare to Pinterest
Labels: Food

Our friend’s father recently passed away after being sick for some time. Our friend and her mother are Christians, and are so thankful that their father/husband accepted Jesus just before he died.

Recently I’ve heard of a few Christians who have ended up having a Buddhist funeral. As soon as some dies, or when they are dying, the monks are called in to carry out the Buddhist rituals. Apparently it all happens automatically, with friends and neighbours playing their part. As the major religion is Buddhism, and many parts of life are very religious it seems that everyone knows the proper thing to do when someone dies. So this is how Christians end up having Buddhist funerals, even when they have lived their life as a Christian and their family knows they are not Buddhist.

In the case of our friend, if she’d wanted her father to have a Christian funeral, she and her mum would have had to confront her relatives with this strange idea. I’m guessing that wouldn’t have been an easy thing to do at any time- but especially hard if you were to do it the same hour your father/husband had passed away. So I think they just let everyone take care of everything, knowing it was only his body and that they will see him again.
Posted by Katherine at 9:56 am 2 comments:

Corn from our front yard! 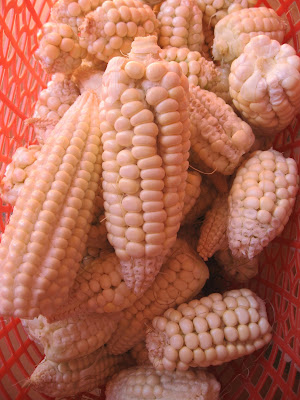 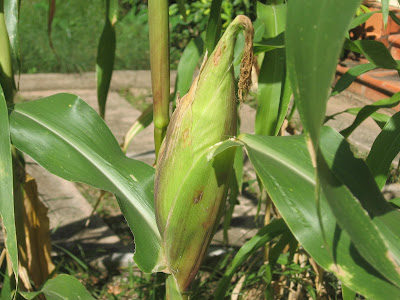 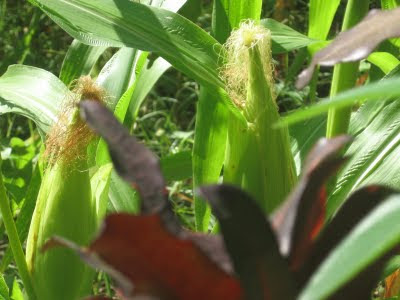 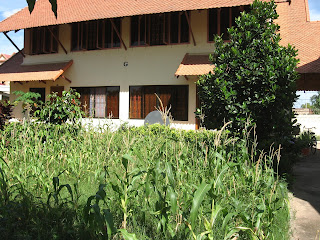 Email ThisBlogThis!Share to TwitterShare to FacebookShare to Pinterest
Labels: Food

Kimsoeun is excited today because he has just finished writing another song! I have been listening to him sing it the last few days but I can't understand that much so I can't tell you what's about- except to say its something to do with Jesus.
Posted by Katherine at 5:11 pm No comments:

Click here to find out what is happening today in Phnom Penh:
Independence Day celebrations in Phnom Penh November 9, 2009. Cambodia celebrates its 56th anniversary of independence from France on November 9.
Posted by Katherine at 2:56 pm No comments: 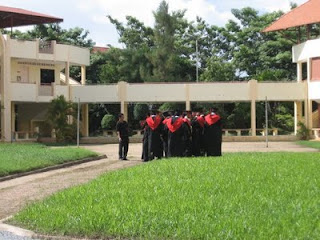 Bible School Graduation was held recently. It was great to see old friends who came for the day. I also enjoyed singing. One of the songs we sang is picture below. I went over in my language sessions in the week leading up to graduation so I was able to sing all of the words! 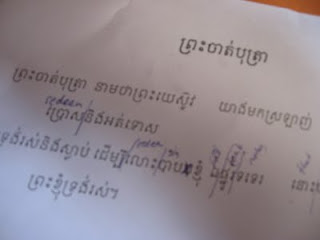 In English we call it "Because he lives".In Khmer its called "God sent his Son". One of the words in it I learnt from an advert on TV for MSG. Ajinomoto MSG claims to "dissolve easily", that word for dissolve/ melt is what happens to fear (in the song).
Posted by Katherine at 11:48 am No comments: 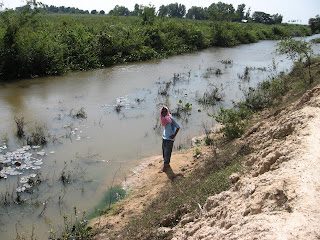 Posted by Katherine at 11:24 am No comments: