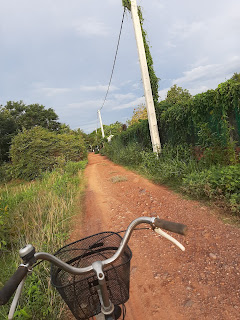 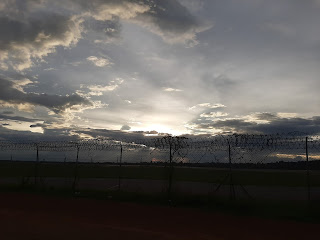 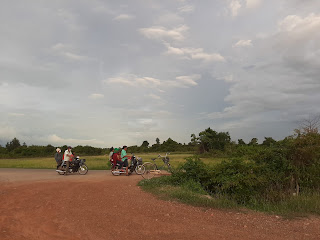 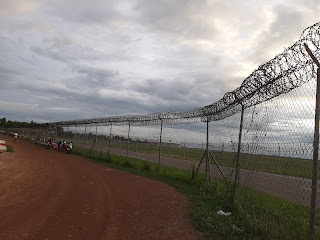 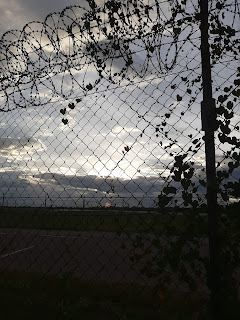 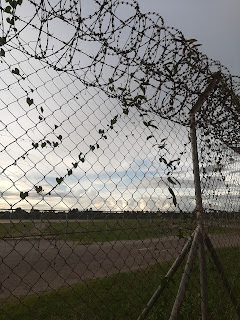 Posted by Katherine at 7:08 pm No comments:

Posted by Katherine at 9:06 pm No comments:

Posted by Katherine at 8:19 pm No comments:

We are in what on what is supposed to be the final day of a 2 week "lockdown". Apparently we are in Orange Zone, and 7 other provinces on this side of the country are also blocked off to deal with the Delta variant.

Since it started though we haven't had any change to our lifestyle, perhaps we were already living as orange people? I don't feel like I'm waiting for lockdown to end, like the other times.

Siem Reap is also in the 2nd last day of our vaccine drive. July 10-23 we all registered and got our first jab. Then 3 weeks after that we all went back to the same temple or hospital for our 2nd one. I'm not sure of numbers but if all went according to plan , by tomorrow the majority of adults in town will have had both Sinopharm shots.

Teenagers are already registered, it will be their turn soon.

Posted by Katherine at 8:30 am No comments:

Round 2 was much less exciting, as expected.
I arrived at the hospital at 7am, walked past 100m of expats.
Very orderly and spaced out compared to last time. Even when we got to the snaking back and forth bit near the end if felt more spacious.
The guy behind me and I were talking about last time and remembering how many people missed out on numbers for that day etc, and we were feeling nervous that it would happen again.
We could see the people ahead of us getting numbers, but he said "I won't believe it until I actually have a number in my hand." And I had the same feeling, it was all very similar to last time so it felt like we were about to have the same frustrations and disappointments. Esp when they called out that they would only hand out 400 numbers for the morning.
The people getting numbers in front of us would sometimes hold them up for us, and we would try to guess if we were in the first 400.
It was a big relief to finally hold a card that said 353!!! And that was at 7:30am!!! Then I found an out of the way place to sit and watch them set up the jabbing station. I think they started at 8:am. I was done at 10:30am. Phew! 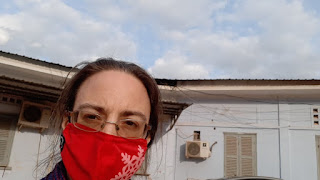 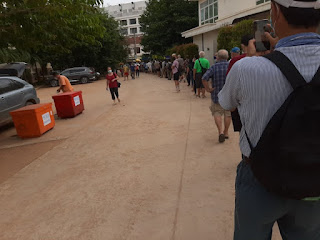 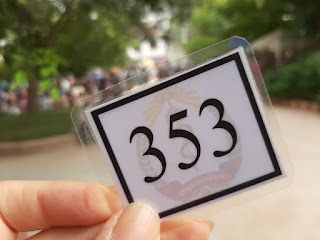 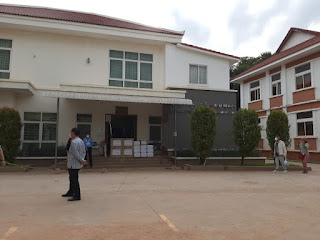 Posted by Katherine at 8:57 pm No comments:

I started reading Alice in Wonderland to the children today. It s so fun reading them books that are fun for me too. The first years kids books were kind of boring to read again and again. But now they are old enough to enjoy lots of different things. They don't take to audio books most of the time, we try every now and then.

Here in Siem Reap we are all getting our second jabs of Sinopharm, 3 weeks after we got our first. I'm not sure of figures but I guess that the majority of adults in our town will have had both doses buy Friday. Teenagers have already been asked to put their names, and they will be done soon.

Mean while in Australia, they recently halved the cap on people flying back in, from around 6000 per week to 3000 per week. It has already been super hard and expensive to get there, people have been missing events like being with their families for deaths, weddings etc. I was shocked they made it even harder as there are still over 30K people trying to get back in.

And then more recently they made visits harder by taking away the auto exemption. So getting back out of Aus takes more paper work and there is the chance you could be denied. More here:

Now it is even hard for multicultural families and expats to visit.

Posted by Katherine at 9:51 pm No comments:


https://youtu.be/LEmY7QnKMIY
Posted by Katherine at 9:23 pm No comments:

Thankfully the kids have been playing UNO with Daddy and going for walks with him, and Aunty is here still cooking lunch everyday and other things too. My sore throat and tiredness continues, so we have had to take a break from homeschool. Pretty frustrating. We have been doing school for 3.5 months so maybe it is time for a break anyway.

Posted by Katherine at 1:00 pm No comments:

I think this is our 3rd lockdown, but they have all been quite different. I'm sure I'll forget all these details in a few months, so recording it here in case I get curious....

So on July 29th some new restrictions were brought in, including provinces near Thai blocked off- banning travel between provinces. Delta is in the community. (And some other country wide things like 9pm curfew came in around the same time. Which confused me as I thought we already had curfew.)

Also they said within those provinces there might be lockdowns. A day after this announcement came out saying most of our town is now in Orange Zone. Back in hot season the capital city was designated as Yellow, Orange and Red zones, Red being the most dangerous.

Neither of our hot seasons lockdowns had colour, but they were much more strict and swift than this one (so far). So I was confused.

This so-called lockdown had a big lead up to it, we heard about it 24 hours before the details were announced. Whereas the other ones were put into action before we knew about them.

And so far this one isn't visible in our neighbourhood. The market is still open, we are still allowed to go outside. The road still has traffic, and there are no uniformed people around near us, the closest I've found is about 3km away. Whereas the other ones the street and market were spookily empty apart from uniformed people.

Posted by Katherine at 6:04 pm No comments: