A Sandwich of Sickness Stories

A Chronic Voice prompts for June 2019- Wondering, Repeating, Getting

Hot season is over and the rains are here.  They say it never rains but it pours, and we recently had a week that felt like everything thing happened.  Let’s call it our Sick Week. 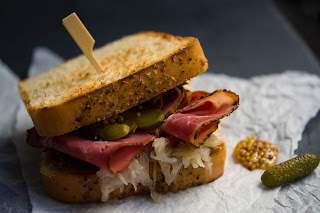 How does a biracial family access health care?  The lack of trustworthy medical care in Cambodia was terrifying when I first arrived back in 2006.  I was told there was one specific clinic I could go to if I got sick. Seeing a doctor cost about a month’s worth of rent. That was the information given to foreigners at the time. There was no way the average local could afford that. There were other clinics for them.

If I was going to marry a Cambodian and look after our babies here, how was that going to work? And what of our extended family? Those were my thoughts about 13 years ago, and I had cause to reflect on them this month during our Sick Week.

It felt ordinary like bread on the first and final days; while the central day was more intense, like meat seasoned for a sandwich filling.

Wondering why he was contradicting himself
First Day of Sick Week

“Your son has chicken pox, he will be contagious for 7 days.”

“So I should keep him home from play dates and parties?”

“But those spots are from chicken pox? Is he contagious?”

“So I might not take him to visit friends this afternoon.”

I was wondering why the doctor was contradicting himself, when he was usually so helpful.
Four years of respect and trust for him was the only thing that prevented me from getting angry and leaving in frustration. We tried to communicate about this but I was just left wondering.

It wasn’t until later I realised what was going on as I interacted with parents of various nationalities over the next few hours. I was equating “contagious” with “stay away from other kids”. I stayed home from school when I had chicken pox, because it was contagious.  But for Khmer parents, those two things don’t seem to go together. Of course their kids will get chicken pox at some stage, no need to stay away from sick people.

My brain repeating that emotion from years ago
Central Day of Sick Week
My fear response was taking over my logic.  I was at the medical clinic with my son and his scary looking infection.  Over 7 years ago I felt like my husband was moments from death and that feeling keeps getting replayed. When it is triggered by things such as seeing family members in pain it doesn’t matter that I know things are probably OK, my brain tricks me into re-living that old emotion.

Spookily (but in a comforting kind of way) I happened to be reading about trauma as I sat in the waiting room with my son. It was as if Someone was with me, explaining what was going on. A woman called Marsha has her brain scanned while she re-lives her trauma. The Body Keeps the Score (chapter 3) explains what happens in her brain. It was similar to what my counsellor had explained to me about my own brain only in more detail.

It wasn’t only my 8 year old emotion that was being repeated.

Last July I was at the medical clinic with my husband and his scary abdominal pain.  Over 6 years ago I felt like my husband was moments from death and that feeling keeps getting replayed. When it is triggered by things such as seeing family members in pain it doesn’t matter that I know things are probably OK, my brain tricks me into re-living that old emotion.

Spookily (but in a comforting kind of way) I happened to be reading about trauma as I sat in the waiting room with my husband. It was as if Someone was with me, explaining what was going on. A friend had just messaged me a link to this blog post about trauma. It was similar to what my counsellor had explained to me about my own brain only in more detail.

Our daughter came in crying.  She was bleeding from a dog bite. I’d seen other expat friends rush to get the rabies post exposure shot so I knew that’s what we needed to do. Even though there was a really small chance she was infected, it was such a serious thing. I began urgently asking on Facebook which clinics in town had the vaccines in stock.

Soeun drove our daughter straight to a clinic and got her first of five shots done. Phew! I breathed a sigh of relief and so did the friends on Facebook.

In sharp contrast, a local woman in the waiting room told Soeun he was being ridiculous. He was advised by his fellow Khmer that washing the wound was all you need to do. The shots are just so the doctors can make money. I guess she hadn’t seen all my expat friends running to the doctor, but I’m sure she’s seen people getting bitten.

You can experience the exotic by eating in a Chinese restaurant or watching an Indian movie. Relying on doctors in Asia for my children’s health has given me another way to gain insight.

War is part of this country’s recent history so I’d read about post trauma issues before I came to Cambodia; but having a personal taste of it feels like the beginning of a different level of understanding.

Hopefully I’ve been able to share some of that insight and understanding with you here. Stories like the chicken pox and rabies shots are our usual way, using the Khmer doctors’ expertise but sometimes in a different way to their other patients. Whereas the central story of re-living emotions feel like the start of something new.

Photo by Jonathan Pielmayer on Unsplash

Taking care of your heart well 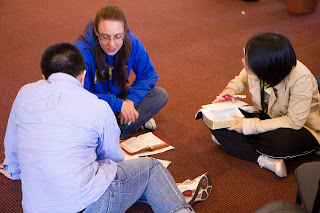 It was exciting to be part of a big campus ministry. So many things happening. New training programs for believers. Creative outreach ideas. People reading new books about evangelism and old books about the Bible. Conferences out of town, big events on campus and meetings about meetings.

In all this excitement I remember feeling surprised that the director kept talking about something that seemed so ordinary and mundane. Bible reading and praying. Throughout the two years I kept hearing this mentioned as the main thing that needed to happen, the most important thing. Maybe I shouldn’t have been surprised but all the events were all new and exciting to me, while reading the Bible and praying seemed like such a normal, boring, everyday thing to engage in.

I was reminded of this when I was reading Serving Well, in a section called Taking care of your heart well.

Each bite will not be Instagrammable. Each bite will not be magnificent and earth-shattering and memorable, and that’s as it should be, because sometimes you just need the calories. Regular, non-crisis reading of the Word may seem to make zero difference in your life today or even tomorrow. But I promise you, in a year or ten or fifty, the consistent ingesting of the Word will make all the difference."

WELL is the word prompt for Five Minute Friday this week.